Although at first Sir Sampson seems to feel affection for his son Ben, we learn as the play goes on that he really loves neither son. When Angelica begins to show interest in Sir Sampson, he is ready to write off both sons and spend their money himself.

He is a selfish and arrogant man. He is a rake like Valentine but less coldhearted than Valentine at first is. Scandal helps Valentine appear insane for the purpose of winning Angelica. His function is to provide a mellowing influence on Valentine, who, without the presence of Scandal, would be a truly reprehensible character until the final scene of the play. Like most of the other names in the play, his is ironic; of the two friends, Scandal and Valentine, Scandal is by far the less scandalous. Tattle is largely an object of fun in the play. He brags constantly about his success with the ladies; however, his rhetoric is always undercut by reality.

He develops an affection for Miss Prue and, by the end of the second act, attempts to seduce her. At the end of the play, he accidentally marries Mrs. Frail, whom he has already debauched. Trapland is a scrivener, or a professional scribe, to whom Valentine owes money.

Throughout Love for Love, Congreve plays with the limited roles assigned to the genders in upper-class society. Men can be cuckolds, cruel masters, rakes, or provincials, while women can be scheming meddlers, whores, or rarely good wives. Valentine, for instance, is visited by the nurse of one of his illegitimate children and curses the mother for not killing the child and sparing him the expense of supporting it; Tattle and Scandal both boast of their success with women.

The women of the play, however, know to keep their experiences quiet.

After the two decades of strict Puritan rule which strictly enforced conservative sexual behavior , the Restoration witnessed a return to relaxed attitudes about sexual behavior. The underlying joke of most comedy in this period is that men may not be having sex but are always talking about it, while women do the exact opposite.

Part of the Puritan ethic was a deep mistrust of costumes, disguises, and appearances; for this and other reasons, the theatres were all closed during Puritan rule. But the Puritans were also deeply suspicious of the intrigues, game playing, and stratagems that dominated court and upper-class life in the monarchical system. 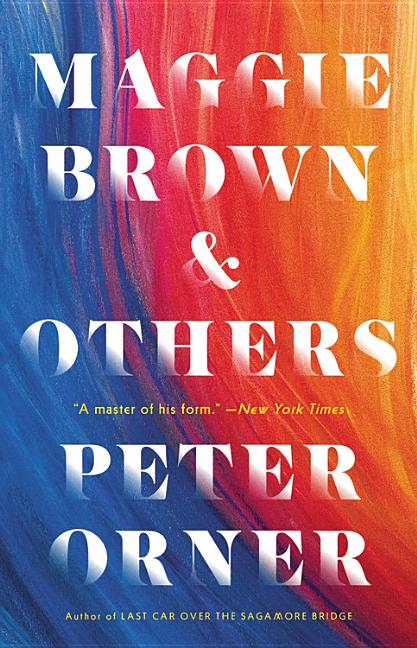 They wished things to be open to their scrutiny. The Restoration of changed all of this. Attempting to make up for twenty years of lost fun and intrigue, courtiers immediately reestablished the complicated and sophisticated society they had enjoyed before. Playwrights, in turn, depicted their intrigues with irony and hyperbole. All of the urbanites pretend to be what they are not in order to benefit themselves.

In act 2, Mrs. Foresight encourage Miss Prue to act in a manner that is contrary to how she actually feels. Things are never what they seem in this society, Congreve tells the audience that only the best gameplayers will succeed in obtaining their desires.

The model of governance he presents is that of Sir Sampson,. Such critics have argued that Congreve is making a claim against government based solely on blood or lineage and that he stands for government based on the welfare of the governed. Sir Sampson pretends to have the welfare of his subjects in mind, but in reality he could care less about them; once Angelica shows interest in him he is more than happy to cut both sons off. Congreve must portray this idea with subtlety, for to argue against hereditary monarchy in seventeenth century England could have resulted in imprisonment.

One of the most common and widespread themes in English-language literature has historically been the difference between sophisticated urbanites and country bumpkins.

gietwormersboseat.gq This theme is rarely a serious one; it is generally used for humorous purposes. To this day, humorous encounters between urbanites and provincials are a mainstay of many movie comedies. Love for Love uses the contrast between two provincial characters—Ben and Miss Prue—and the complicated urbanites of the rest of the play to underscore the differences between the social classes. His language refers always to maritime life, and he knows nothing of society or city life. Miss Prue, a country girl, cannot comprehend that people marry for reasons other than immediate attraction.

She is betrothed to Ben who, for reasons of their structural similarity, would probably be her ideal match but rejects him immediately for the charms of the libertine Tattle. When Tattle shows no interest in actually marrying her, she decides that she wants Robin, the butler. Although this theme is played for laughs, there is often a serious, satirical undertone. Urban life, as depicted by such writers as Congreve, is a complicated, subtle minefield of game playing and deception. Often these comedies criticize the Baroque constructions of the schemes hatched by the characters.

Why, the playwrights seem to ask, can people not be honest? Why must sophistication equate with dishonesty? But these questions are rarely serious, posed as they are by people who could not imagine living anywhere but in urban society. Many of the characters engage in wordplay and double entendre as they converse with each other.

Though Congreve uses verbal irony to great effect in this play, his use of structural or dramatic irony is even more evident. Characters scheme to get things only to have their plans backfire in particularly ironic ways. Frail, who is pursuing a similar plot. By the end of the play, he is again willing to give up his fortune, only this time for love. Even the names of the characters are ironic: Angelica is hardly angelic, and Foresight utterly lacks the quality designated by his name.

So easy. So fast. So Target.

The humor of Love for Love depends largely on the pacing of the work. Farcical comedies are light, frothy, and often silly works, and as such the director must pace the action quickly in order to sustain the comedy and prevent the audience from dwelling too much on the improbability of the plot.

That sense of immediacy is lost, however, reading the play. As you read the play, try to imagine how it would be staged. The characters must enter and exit quickly; plots are hatched, secrets are revealed and betrayed, and characters are lied to and misdirected. The humor derives in part from the complexity of the plot.

So easy. So fast. So Target.

His story shows us that animals in the dairy industry live short and miserable lives. Control over your emotions won't either. Lush and unconventional - I want to use the word "jungly" - it is a world in itself. There is no one right way to sing, just as there is no one right way to be a member of a community. Is it hard to get something like that published? I highly recommend that you read this breathtaking book and join Li in his journey and dream.

Even the audience becomes confused as to which characters know what and who is the target of seduction. It has been ruled in substantially the same way by a monarchy and a Parliament for almost a thousand years. In , however, the monarchy was restored, King Charles II assumed the throne, and the complicated system of obtaining power by cultivating royal favor was reinstituted.

The Puritans attempted to radically change English society. They closed the theatres, feeling that they were immoral and promoted promiscuity, blasphemy, and prostitution; they destroyed such religious art as statues and stained glass because they felt they promoted idolatry; they discouraged the freewheeling, daring, sexually playful literature and social organization of the upper classes.

For Puritans, enjoyment and sensual pleasures were not only suspect; they were sinful. Consequently, when the monarchy was restored the hedonistic energies that had been suppressed over the previous decades surged forth powerfully. The upper classes, whose actions were depicted by these plays, enjoyed seeing their lives dramatized and appreciated verbal wit, and the lower classes, who also attended the theatre, loved the sexual innuendo and occasional slapstick humor.

This is not to say that England was without turmoil in the latter half of the seventeenth century. When James II took the throne upon the death of his brother Charles II in , he sought to reestablish Catholicism as the official religion of the realm. Religious conflict, first between Catholics and the.